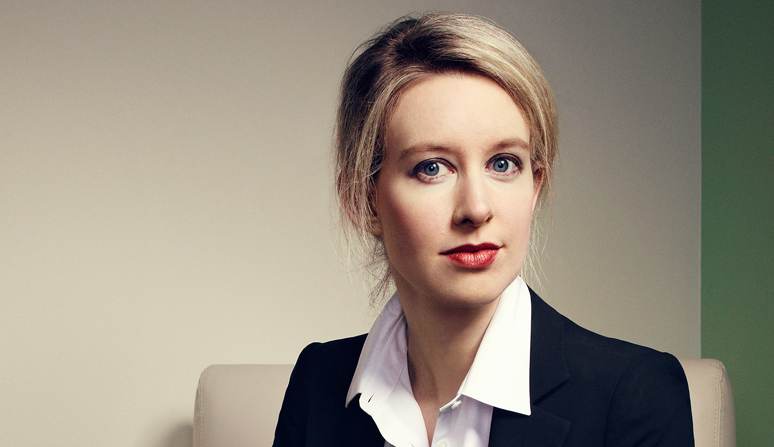 In each generation, an elite few entrepreneurs skyrocket to almost unimaginable heights.

Among that already select group an even more exceptional group emerges: those whose business success affects society in such a way that they become forever ingrained in the public conscious.

Warren Buffett, Oprah Winfrey, Steve Jobs, Bill Gates and now Mark Zuckerberg are a few examples of this top-tier, ultra-successful group. As self-made billionaires, they certainly experienced success, but went on to become household names and forever cemented a place in history thanks to their innovation and ingenuity.

A young woman named Elizabeth Holmes is rapidly working her way towards this status.

Never heard of her? That’s not surprising and was actually by design.

Most entrepreneurs can’t wait to get their start-up in the news. You need customers to buy into your idea. You need the industry to take you seriously. You need investors to get on board and help you grow.

Looking back, Holmes was certainly a prodigy though like many other billionaires, she dropped out of college to pursue her dream. In high school, she taught herself Mandarin and sold C++ compilers to Chinese universities. She went on to Stanford for chemical engineering, where she filed her first patent and traveled to Singapore to work on the SARS virus. Just ahead of her sophomore year, however, Holmes left Stanford behind and went after her dream of pioneering personalized medicine.

Her company, Theranos, was born of her desire to make the greatest change she could in the world, Holmes recently told the San Jose Mercury News. She’s spent the last 11 years developing a revolutionary blood testing technology to run diagnostic tests with a single drop of blood, drawn by a painless fingerprick. Imagine completely accessible diagnostic testing available across the country, capable of running hundreds of tests with a tiny amount of blood — and at a fraction of the cost.

It will fundamentally change healthcare, in America and around the world.

Blood testing hasn’t evolved since the 1960s and Holmes saw a unique way to shake up the industry, while doing social good.

But she kept it quiet.

Contrary to the strategy of the vast majority of startups, Holmes hasn’t been out shouting her idea from the rooftops. There was no PR team behind the curtain orchestrating speaking engagements and media coverage. In fact, until Holmes landed on the Forbes 40 Under 40 and the cover of Fortune magazine this year, she was virtually unknown.

(Holmes was featured in Inc.com’s 30 Under 30 in 2006 but still managed to stay unusually under the radar.)

Holmes had a vision so significant, she didn’t want her competitors to catch on until she had the creation of an entirely new market, consumer health technology, well under way.

And her competitors are huge; think Quest, LabCorp. and other well-established players in the $70 billion U.S. blood testing industry. Yet instead of coming out of the gates with barrels blazing, Holmes quietly worked away at her start-up for a decade before beginning to build her public presence. In that time, she built a business that now has about 500 employees and counts Larry Ellison, CEO of Oracle, and Draper Fisher Jurvetson among its investors.

In the age of selfies and YouTube stars and “breaking the Internet,” isn’t it refreshing to discover a young entrepreneur focused more on her business and social good than on her public persona? At just 30 years old and as 50% owner of her $9 billion company, Holmes just now seems to be making a concerted effort to come into the limelight.

It’s an unusual growth strategy, to work away diligently, largely out of the public eye, but it’s one that’s served Elizabeth Holmes, the world’s youngest self-made female billionaire, incredibly well.

One thought on “The Unusual Strategy That Made Elizabeth A Multibillionaire”