Meet Hollywood filmmakers Krystal Vayda and Alexandra Vino, two peas in a pod indeed! Krystal’s a born and bred “California Girl”  while Alexandra hails from the “Concrete Jungle” of NYC. Prior to meeting each other, both girls were passionately pursuing their acting careers in their respective home towns of LA and NYC. As fate would have it, their paths would one day cross and the rest as they say is history. While attending a typical Hollywood hills soirée, Vayda and Vino were introduced to each other and they immediately started bonding over their shared interests in acting, film making and all things theatrical. Serendipity unfolded right there and the two girls immediately exchanged contact details. 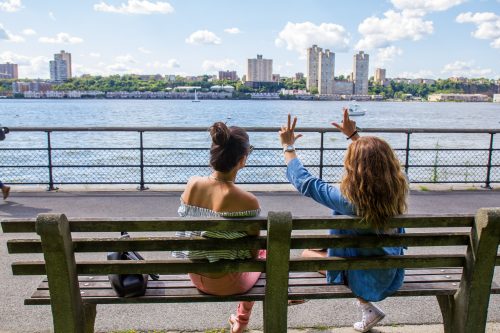 As their friendship grew, so did their passion and synergy! After working in the industry as an actress most of her life, Krystal started shifting her focus and talents to producing and writing. She and Alexandra would often share stories of their love for acting and Alexandra helped Krystal understand that by focusing on production and writing, it didn’t mean she could never go back to acting. Quite the contrary, Krystal learned that writing and producing would only help her hone her acting skills more.

Then, one day while sunning poolside, Alexandra shared a novel concept with Krystal. The two could pair up and create a story that would take the audience on a wild ride. Only this ride, was going to be written, directed, produced by her and Krystal. The cherry on top, both girls would work both behind and in front of the camera. Krystal was sold immediately and their independent film, CONSULT AND CONQUER was born. The premise, two best friends break and enter into one of their boyfriends house to search for evidence of infidelity. 24 hours later, the script was complete and the girls had sealed the deal; the film was immediately “green-lit.” 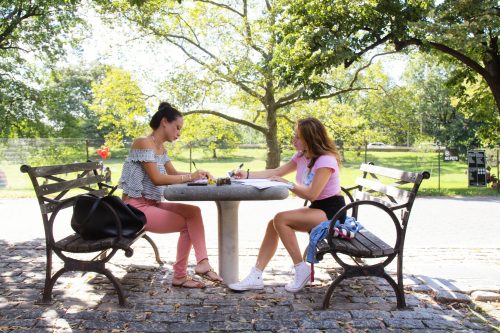 “Do what you can, with what you have, where you are.” -Theodore Roosevelt

We decided if we were going to do this, we better give it everything we have. This included opening our precious Rolodex of Hollywood mentors for support.

From combined stories, they’ve realized, If you want something done, it is best to do it yourself. Agents and managers only make 10% of your earnings. They help get you work, but as an actor it is imperative to always put in 100% of the work. In a competitive industry such as Hollywood, you can either wait for opportunities to come your way or you can create them! We believe in the latter!

“If you don’t go after what you want, you’ll never have it. If you don’t ask, the answer is always no. If you don’t step forward, you’re always in the same place.”― Nora Roberts

We were determined. We had a vision and we approached everyone we knew to help us in one way or another. Telephone calls were made, and face to face meetings were held. Before we knew it Directors, Rob Cohen (The Fast and The Furious,  xXx, The Boy Next Door), Nick Cassavetes (The Notebook, Alpha Dog, My Sister’s Keeper), Marvel Studio’s Louis D’ Esposito (The Avengers, Iron Man, Guardian’s of the Galaxy) and Producing Titan, Mark Johnson (Rainman, Breaking Bad, The Chronicles of Narnia Franchise, and The Notebook) were all supportive and on board to help us bring our vision to life. Each of them were so great and always there for us to answer any questions we had along the way, and we had a lot! The beautiful part was seeing how excited they were to mentor us on this journey. Making a film is a rush and once you get started, there is no looking back. We were in it till the end! 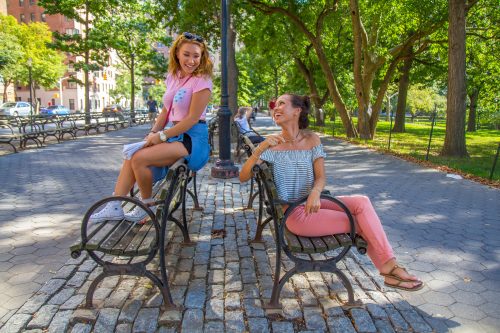 What started out a small scene to shoot for a reel, turned out to be an entire short film comedy. We ended up getting several donations, many sponsors, and hiring a cast and crew of over 37 dedicated people of both sexes. We believe in diversity in casting, and absolutely no restrictions were had in hiring anyone with disabilities. This little project became far more than a motion picture. It became a perfect example that if you believe in yourself, take action, and follow through, it will happen. 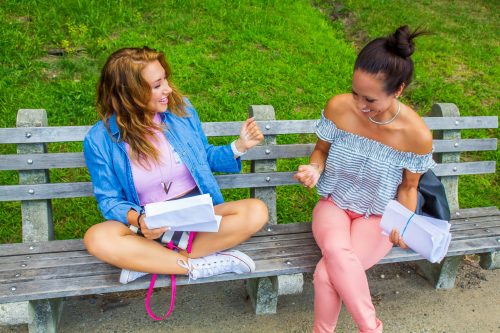