ADULTish: A WEBSERIES THREE SEASONS IN THE MAKING

I moved to New York from Houston at age 19 to study and pursue a career musical theater (original, right?). Eight years later I was exhausted; I spent more of time trying to pay the bills than I could get away to audition. In my theater conservatory training there was no “How To Produce Your Own Art” class. They trained us to act, sing and dance, and then handed us our certificates and wished us luck. We were all going into this blind.

Most open calls I attended were a waste of time, most casting director and agent seminars I paid for were a waste of money, and I was growing increasingly annoyed with the Actors Access character breakdowns of women: Pretty. Girl-next-door. Petite. Vulnerable. Sexy. Fit. Super fit. Size 4 and under. No taller than 5’6’’. Bikini bod. Tough. Mysterious. Gorgeous.

It’s a wonder I didn’t down a daily bottle of wine just to tolerate the absurdity. Oh right… Lack of funding for anything other than covering those bills! I have been told I was too ugly to be a lead, but too pretty to be a sidekick. That I should eat one less croissant a day. That I wouldn’t be cast-able once I hit 30. That I should consider putting the fat from my thighs into my breasts so I would have an hourglass figure instead of my pear shape.

When I turned 28, I faced the hard truth: I could either continue down this path for another two years until I hit 30 and became even less cast-able in the eyes of the system, or I could start making my own art.

And so ADULTish was born. 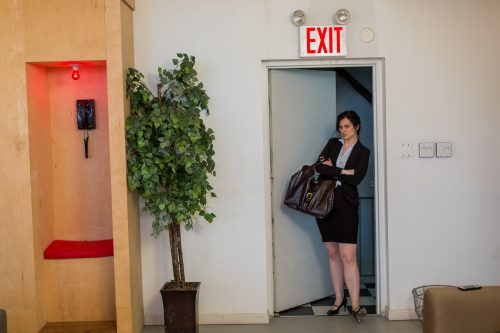 HOW DOES ONE MAKE A SHOW?

The internet and YouTube paved the way for a new frontier of showcasing art. I wanted to create characters that represented my different insecurities and struggles in adulthood. I needed the help of a friend who was knowledgeable about filmmaking. Enter Justin Morck, who agreed to come on board with the understanding that, A) He could direct, and B) We make the show SAG since he could no longer work non-union. I considered SAG status to be an asset for the show. We had no budget, so dropping the golden SAG credit would entice both crew and actors to get involved if we couldn’t pay them right away.

We then got a camera guy with sound equipment, six actors hungry for that SAG credit, and a rough script outline of each episode. Camera rolling!

WHAT SEASON ONE TAUGHT ME

After years of disempowerment and trying to fit into somebody else’s ideas of cast-able, I fell in love with producing. Taking control felt great. ADULTish became this vessel for self-expression as an artist, and I hadn’t realized how much I needed that. Suddenly what I had to say mattered. I didn’t need others to validate my existence; I could do it myself. Why hadn’t I thought of this sooner?

Clearly there had to be a Season 2 but not before addressing the rookie mistakes: 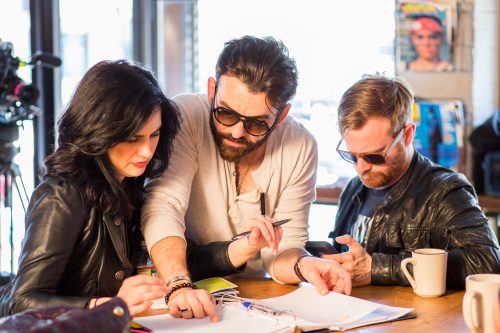 ADULTish GOT A SECOND SEASON

First I sat down to write a script with one of the co-actors, Brandon Scott Hughes. It had been the first time ever I had written a narrative; I had written lyrics for parody music before in school, but never had I attempted to write an actual screenplay.

Next I found a different camera guy, or as it’s properly called, a director of photography: Enter David Rey. He was well versed on how to create indie filmmaking because he had been doing it for years already.

Then came an assistant producer, Lauren Mack. Lauren was our first producer on set that would handle SAG paperwork (which is a serious pain in the a$$), help organize shoot dates and negotiate contracts for actors, crew and locations. Lauren also hooked us up with a sound person with body mics (or “lav mics” as they’re professionally called). We had them on days when we shot outside and man, they made all the difference in the world. With a script, sound, new DP, new producer and a new sense of hope we rolled the cameras on a second season of ADULTish.

Two months later we had fresh footage, David Rey as the editor, and a guy by the name of Ari Sadowitz scoring the second season. A comic book concept came up in post production with subtitles and transitions between scenes. Bloopers started appearing in credit scenes and “winks” to the camera were given in the season finale, hinting on a third.

We felt good about this one. We even threw a big premiere party celebrating each other’s accomplishments. But…

IT’S ONE THING TO MAKE A SHOW. IT’S ANOTHER TO GET IT SEEN.

I had little following on social media. I created Facebook, Instagram and Twitter accounts for the show. I even created a Tumblr and WordPress blog account for my character, Bevin. Was it updated consistently? No… Was there money set aside from the budget for marketing on these channels? No… Did I know of any web festivals that I should consider sending it to? No…

Fortunately, finding a professional to teach you is a breeze. Deb Clem-Buckert of debcb.com agreed to coach me. Best lesson learned: Social media must be constant. Building a following from a few supportive friends and family members is difficult unless you’ve got an influencer (i.e. a social media star, or company with a large following) giving your product a shout out. 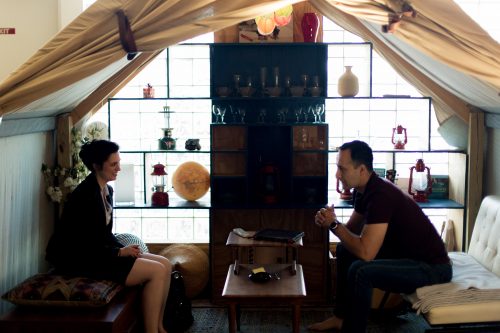 By the time ADULTish Season 3 went into post production, a lot of things had changed.

ADULTish finally felt like a show; An imperfect show with room to grow, but it’s a show! Watching Season 3 gave me all the proud mama feels, as if I were seeing my child graduate from high school. They grow up so fast, don’t they?

LA WEBFEST is the oldest, largest and one of the hardest festivals to get into. I had tried before with Season 2 with no luck. The recent acceptance earned a full five minute happy dance from me. It’s a huge honor to get into that one.

ASIA WEB AWARDS is pretty cool as well. First international one for us! Its sister branch is KWEBFEST which is one of the top reviewed festivals in the world. Fingers crossed there!

What do the festivals accomplish? Well, they help the show’s PR, open networking opportunities for future productions, and give us a chance to pick up a sponsor or two. There’s finally a bright shining hope for our show, but…

THE ROAD GOES EVER ON AND ON

Who knows where ADULTish will take everyone involved? This project showed me another path to make art. ADULTish gave me purpose; she was the therapy I needed to climb out of my artistic rut (yes, she’s a she!). I share my story in hopes that if you’re struggling to make it by following the rules of today’s game, you’ll consider making your own instead. The obstacles of the past seasons of ADULTish(which people can still view today) serve as examples of the trials and errors we faced when creating her. Ironically I’ve become a bit more “adult” during this process. Best advice I can give you: If they won’t give you the job you want, go create it for yourself.