Pauleanna has been such an inspiration to the many young women that she mentors because she is a fighter. As a motivational speaker, people often see just what is on the surface which is a happy, smart and beautiful young woman that seems like she always had “it together” but at the core of her being (like many of us) she is a survivor who has had her own share of battles.

Not too many years ago (2008), due to a past littered with many poor decisions, unhealthy relationships and very little confidence it was hard for Pauleanna to see beyond the limits of her circumstances.

She was bullied as a teen and suffered from mental illness (specifically depression and anxiety) for 6 years before she really developed the confidence and courage to pursue her dreams of becoming a professional writer and entrepreneur. Of course, a vision does not always come without obstacles, as her parents, friends and even some teachers were not supportive of the path she had chosen to pursue. But after dropping out of the post-graduate program her parents forced her to enroll in, she wasn’t so confident in her abilities and goals herself. At this point Pauleanna had hit rock bottom and made two attempts at suicide.

But she soon came to realize that God had spared her life, and that she had a bigger purpose that she was meant to achieve.

Today, at just 26 years old, she’s built a multi-platform business as an Amazon best-selling author, nationally published journalist and motivational speaker and entrepreneur. She also launched a mentorship program, New Girl on The Block, which is designed to be the sisterfriend and mentor in young women’s lives (a role that she wish she had when she was faced with adversity years ago). The goal of the program is to help young female aspiring entrepreneurs connect the dots to launch their dreams and actualize their BIG visions. The visions that naysayers and even the little voice in ourselves tries to talk us out of. 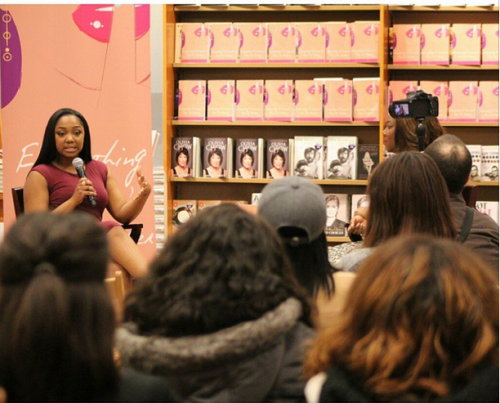 Since then, she has stacked a full resume of life and career experiences in just a few short years. Some of her recent accomplishments include:

Her mission is to build a platform that is rooted in inspiring our youth and young adults, to provide them with the tools to empower themselves and to provide a model based on her trials and triumphs that will help them launch their dreams.